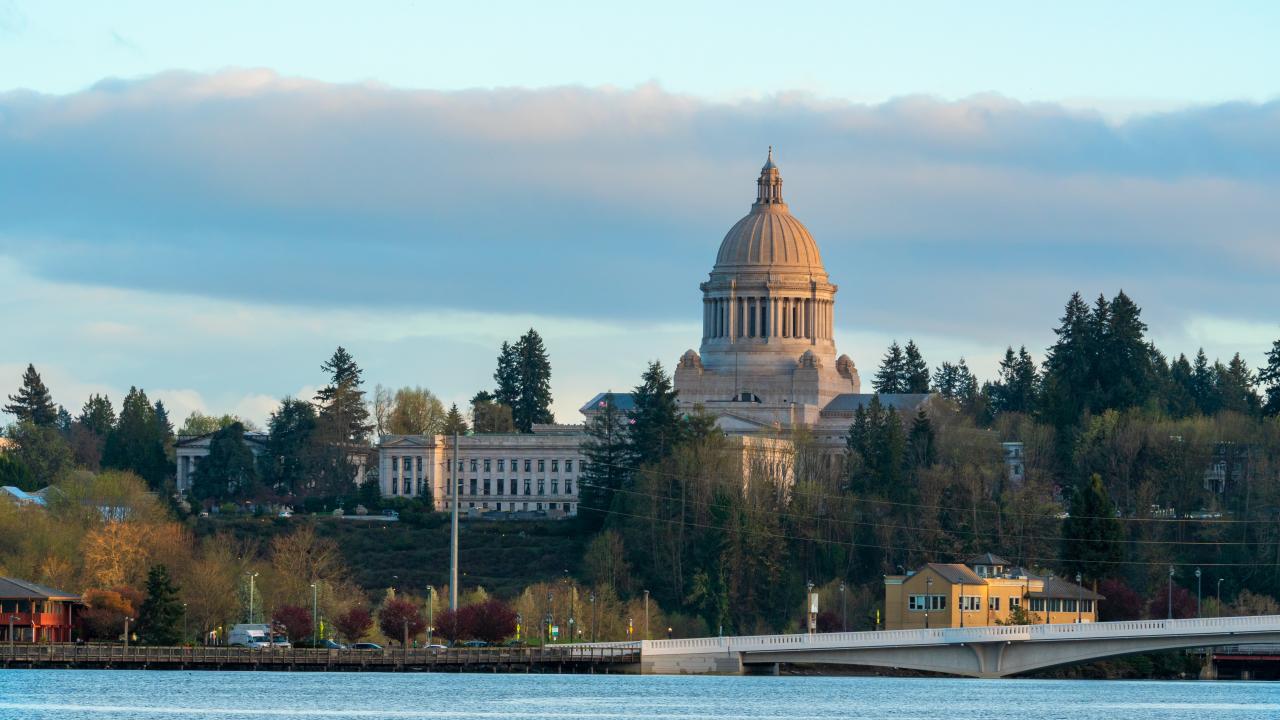 Jay Inslee vetoed a bill from the Washington State Legislature that would have phased out gasoline powered vehicles requiring all light-duty vehicles sold, bought, or registered in the state to be electric by 2030 (see our previous Take on the News post for additional details). While this is a surprising move from Inslee, who has been a vocal and adamant climate advocate, his actions may have been a response to several concerns about the bill. First, this type of policy would not necessarily withstand federal litigations, given that California is the only state to receive a waiver to the Clean Air Act granting them the permission to set vehicle regulatory powers. But the core issue that Inslee had with the bill is that it would have made the 100% electrification goal reliant on the state meeting a goal of having 75% of vehicles using a new road user charge goal (paying per mile rather than per fuel taxes). According to a statement released by Jay Inslee (electrek) “setting and achieving a goal of 100% electric vehicles is too important to tie to the implementation of a separate policy like the road usage charge.”

Washington State is First to Pass Bill Banning Gas Powered Vehicles By 2030 – Is the goal to go all electric by the end of the decade feasible?

The Washington State Legislature is poised to phase out gasoline powered vehicles, requiring all light-duty vehicles sold, bought, or registered in the state to be electric by 2030. If Governor Jay Inslee signs this bill, it will jumpstart Washington state’s push for electrification. Washington’s ban, if enacted, would also leapfrog California Governor Newsom’s executive order that pledges to ban the sale of gas powered vehicles by 2035. However, this bill is not yet law. It is on standby waiting to be signed into law by Governor Inslee after passing with a 25-23 Senate vote and a 54-43 House vote. The bill also includes a clause that would replace the state’s gas tax with a road usage charge, or a charge on vehicle miles traveled (VMT). These taxes and fees historically generate revenue to pay for road maintenance, transit, and other transportation infrastructure. Paying for these costs with road usage fees as opposed to a gas tax will provide a more stable supply of revenue, given concerns about declining gas tax revenues due to increasing fuel efficiencies and soon from increased sales of EVs.

Washington passed a number of ambitious climate bills in 2021, adding a statewide carbon price, a phase-out of high-warming “super-pollutants,” building efficiency standards, and a low carbon fuel standard, as well as the internal combustion engine phase-out. Governor Jay Inslee has long made climate change a top priority, and this year, the state finally broke through years of Republican and petroleum company opposition to assert its claim to the title of “Most Ambitious Climate Policy by a U.S. State,” previously held by California (though California has additional sales requirements for zero emission trucks and many regulations already in place). Multiple legal and administrative challenges loom, however. Washington cannot legally pass vehicle regulations that are more stringent than regulations set by California and the federal government, unless there is a new interpretation of the law. The federal Clean Air Act outlines that vehicle regulatory powers rest with either federal authorities or California (whose authority was enacted into law in the Clean Air Act in 1970, as long as the emission requirements are more stringent than federal requirements), though California must receive a waiver from EPA for each new emissions regulation).

In order to meet the ambitious goals Washington or California are setting out, significant policy actions will need to follow. Researchers at the UC Institute of Transportation Studies recently released a carbon neutrality study for the transportation sector titled Driving California’s Transportation Emissions to Zero. Ultimately, the report found that there are policy options—including upfront investment in clean transportation through incentives and new charging and hydrogen infrastructure—that can help California meet the 2045 decarbonization target while improving health, equity, and the economy. Washington has fallen behind California in EV sales, but is now setting the most ambitious goal in the nation for EVs. There are still practical inputs to be addressed for the target year of 2030 such as investing in charging infrastructure, balancing the equity in job loss in the fossil fuel industry with job creation in the EV industry, and developing a price and strategy for a VMT.

Update on the fate of legislative bills